This letter, dated 27 April 1719, was sent by Lydia Coleman in Boston to her son-in-law, Hugh Hall, in Barbados. While, at first glance, the contents of this letter appear to be of a familial nature, a closer reading of the letter reveals the complex exchange of commercial news and business information that was transmitted within mercantile familial networks of the early-modern Atlantic.

In the opening section of the letter, we learn that Coleman had received an assortment of textiles from Hall – including scarves, hoods, and nightdresses – that she had been instructed to sell them within her hometown. In her reply, Coleman demonstrates a sound understanding of the local market, including the standard pricing of similar goods. Notably, it was Hall’s wife who was the driving force behind the sale of the goods: although it was her son-in-law with whom Coleman corresponded, the instructions (and permission to return any unsold items to Barbados) came from Mrs Hall.

We also learn that Coleman, in Boston, provided her son-in-law with crucial economic information concerning the local market value of Caribbean-produced goods. In the latter part of the letter, Coleman writes only “rum : 4 : shilling sugar : s9 : a pound”. The brevity of the exchange indicates that no context was needed. This formed a regular feature of Coleman’s letters, often wedged between news of shipping conditions and updates from Hall’s children, who lived with her in Boston. 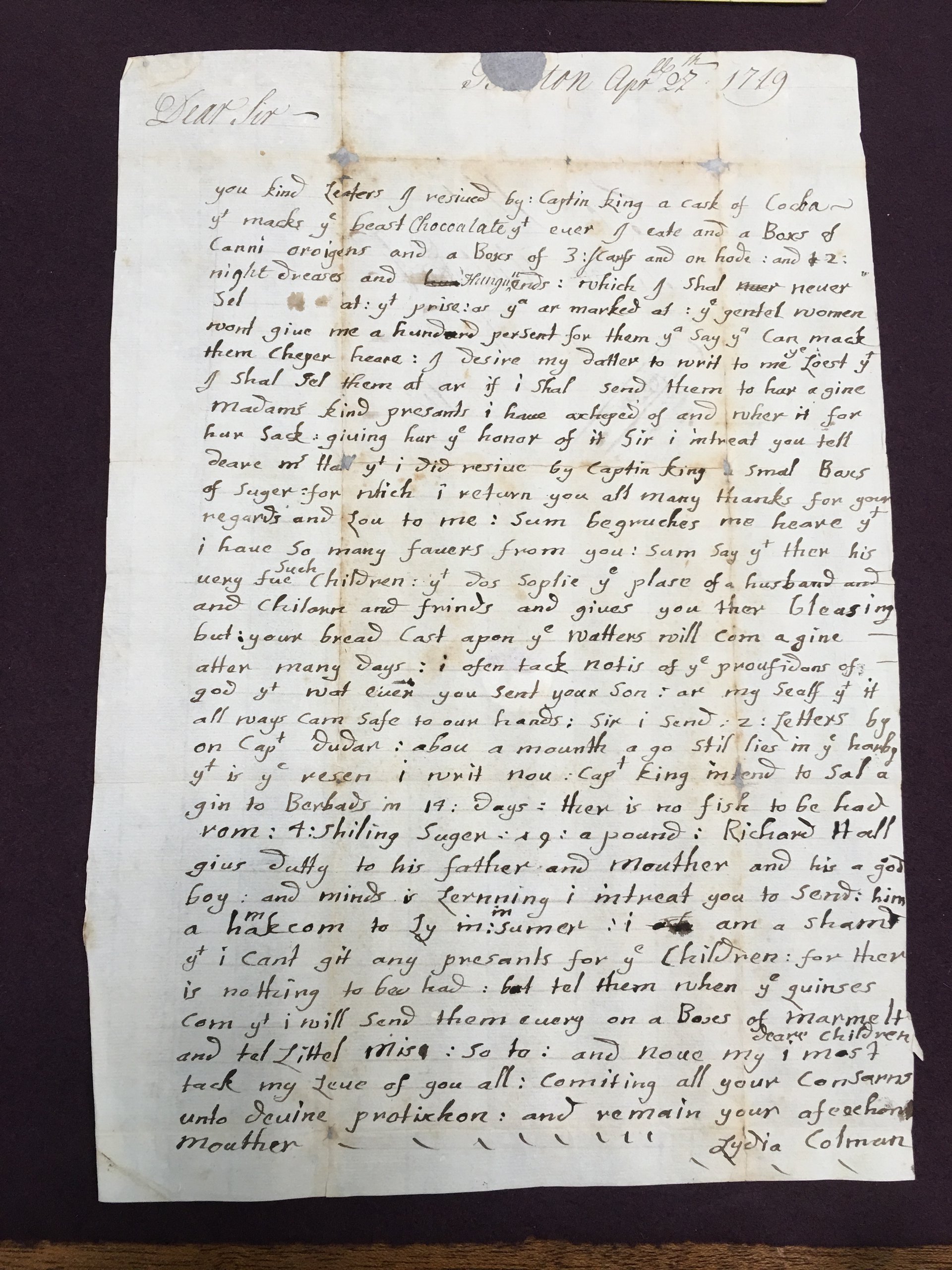 Image reproduced with permission from the American Antiquarian Society.