Family and Trade: The Symson Family

The letterbook of Joseph Symson, a mercer and shopkeeper in early eighteenth-century Kendal, demonstrates the ways in which merchant’s children could be effectively used to extend an individual merchant’s network.

Joseph Symson had four sons: Robert, John, Benjamin and William. As Symson explained in a separate letter to his brother Robert, Kendal was simply not large enough to enable his sons excel in the same trade. As such, all four of his sons were initially apprenticed with Symson himself for one year, before being placed within businesses in the north-west of England. By the time of Joseph’s death in 1731, his business network extended from Kendal to include Whitehaven, Newcastle, Preston, Leeds, Wakefield, Halifax, Manchester, Liverpool, and London.

John was sent to the merchant Henry Chorley in Liverpool – which was then a growing port – while his brother Robert remained in Kendall as their father’s successor. As we can see from this letter exchanged between Robert and John, dated 3 December 1711, John provided his father and brother with important business and economic news. This included the most current information on different markets, including the Caribbean sugar trade, the Chesapeake tobacco trade, but also the Liverpool market for Kendal’s cotton and linsey manufactures, as local merchants sought textiles as cargo for the colonial trade. Owing to Liverpool’s proximity to the city of Chester, John also received goods which were despatched to the port there. 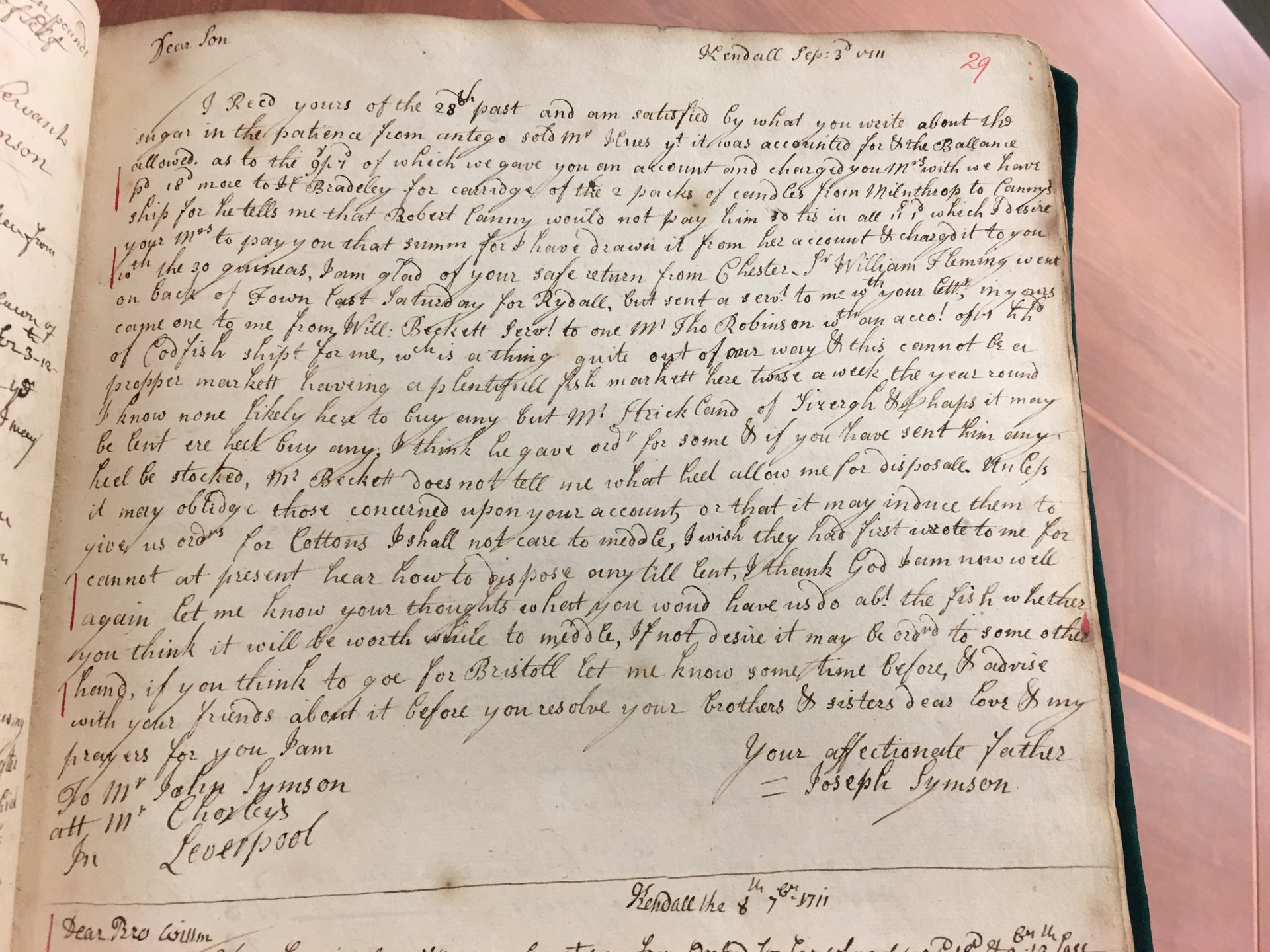 Image reproduced with permission from The Huntington Library.